When the crowd is there, you need to welcome them with a big event, and that is what Tangocamp and Tanzhaus nrw did on Friday: with a concert by Sexteto Milonguero (more about that later) and solo demos by some of the visiting maestros. 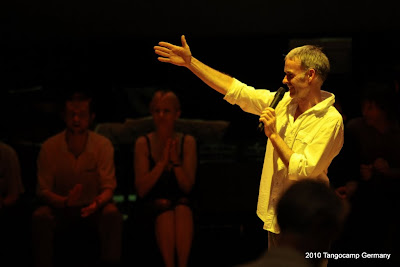 Jost Budde (Tanzhaus nrw) is proud to present the maestros. 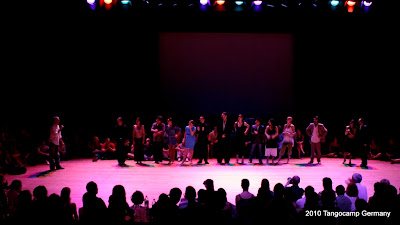 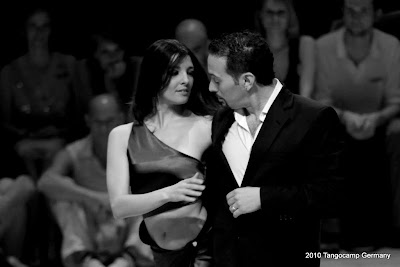 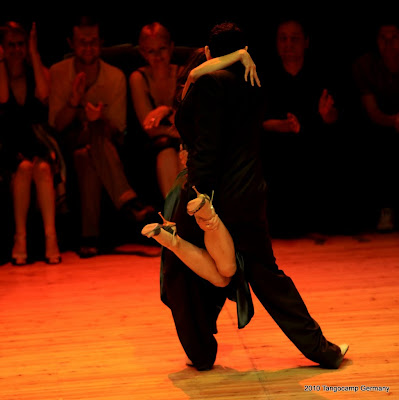 The first demo was given by Loukas Balokas & Georgia Priskou from Greece. Energetic, inventive and much appreciated. 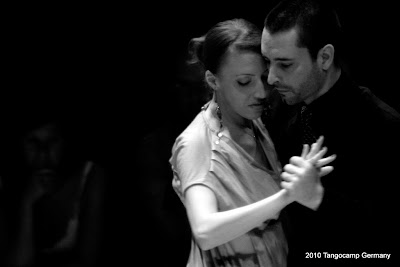 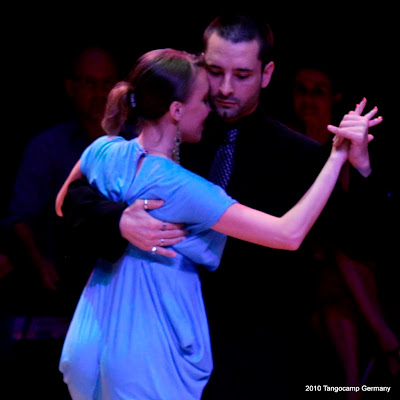 Next, Javier Rodriguez and Andrea Misse demonstrated their skills in the Villa Urquiza style. 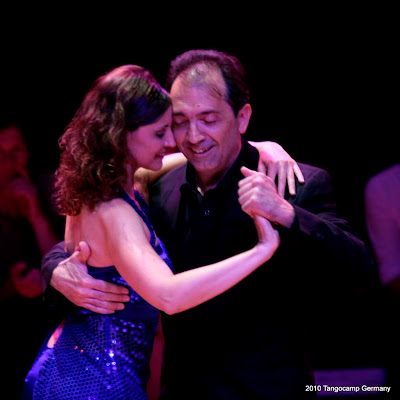 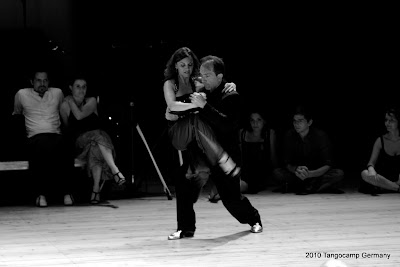 And to conclude, Gustavo Naveira & Giselle Anne took the stage and showed why they’re so admired, showing both flawless technique and a lot of humor.

After that, it was time for the Tangocampers themselves to show off. So DJ Christos gave them just the music to do that. 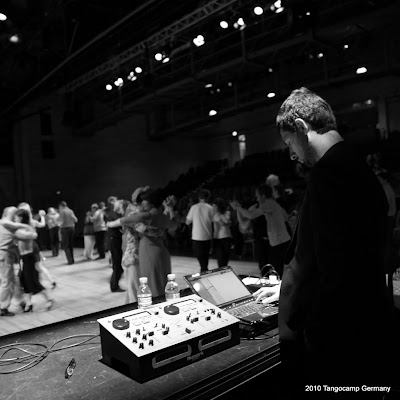 In 2010 Peter Forret (a.k.a. Tango Paparazzo) will report from Tangocamp.

The blog entries from 2009 were written by Henrik Eriksson.